Does this photo look familiar to you??? 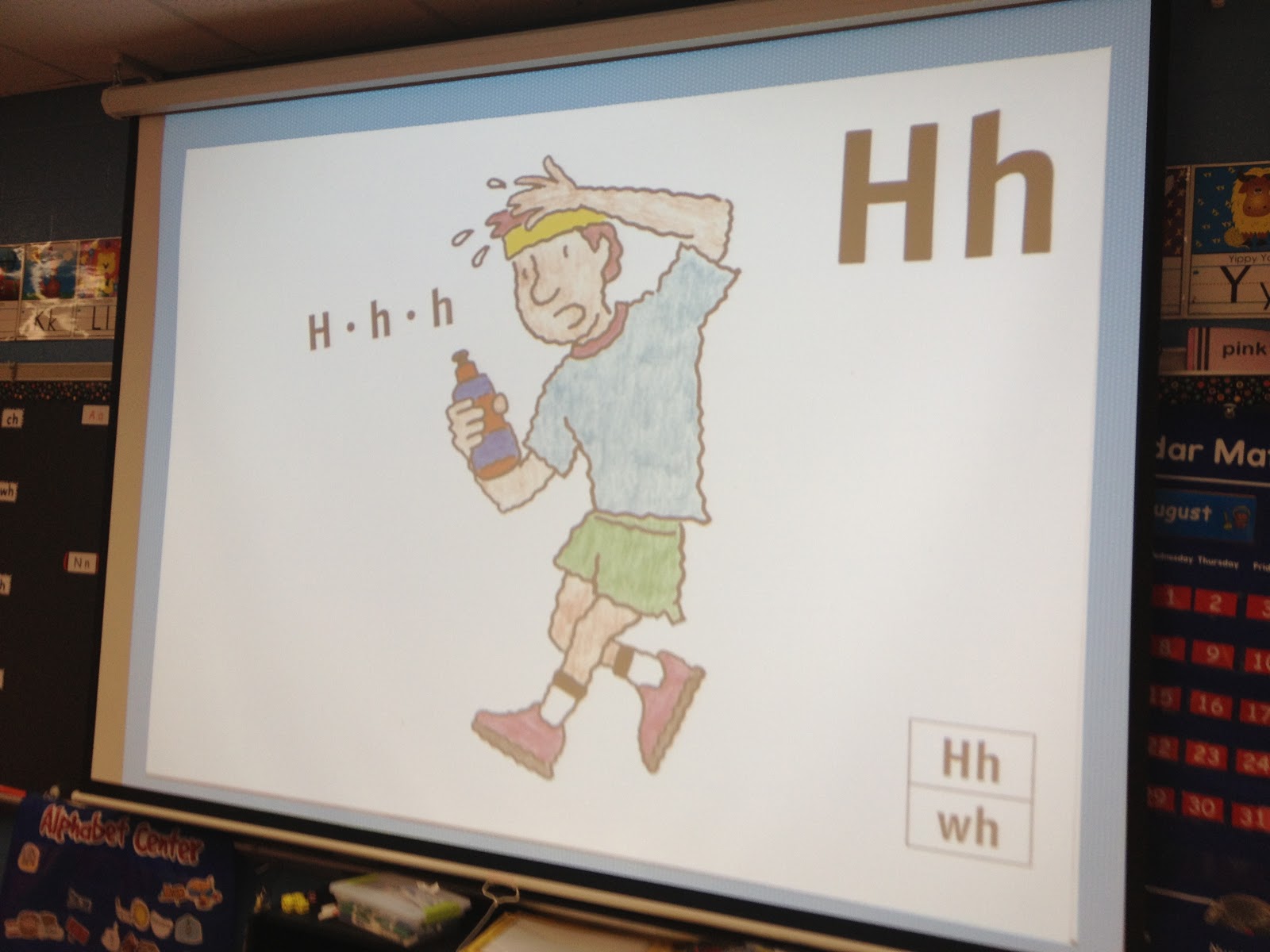 This is a slide from a powerpoint that we use at my school to help students learn their
letters and sounds.  We call them “sound cards” but I don’t know if that’s the official
name or a name we coined on our own.
There’s a slide for each letter and even a few for digraphs & diphthongs.  There is a picture to go along with each slide and there is also a short phrase that the teacher reads for each one.    For the letter Hh above the phrase is “The jogger tried to catch his breath because he is tired.”   I read the phrase to the students, and then they make the /h/ sound three times.
The kids LOVE doing the sound cards each day and it takes only a couple of minutes to run through them.  In the beginning— the students say each letter name three times, I read the phrase, and then they say the sound three times.   At this point in the year,  students are only saying the letter once, followed by the sound once.  I don’t have to read the accompanying phrase at all!!  Pretty soon I will be mixing up the slides so they are not in order and we will start running through them that way.
The great thing is that students pick up the letter sounds very, very quickly using these cards.  I have students who can name more sounds than letters at this point.  They don’t know that that letter is an Mm, but they can tell me that it makes the /m/ sound for sure!!
We’ve used them for years, but have no idea where they came from or anything about who made them!!  If you use these cards, where did you get them?  Do you know who made them or if they have other resources available?  I would love to know!!!
« Purple and pink pumpkins and a FREEBIE!
Word Families & A Freebie! »

This is genius!!!!This is guaranteed to work in your favor! ... See MoreSee Less

It's Friday and you know what that means....it's time to grab some dollar deals! bit.ly/3zuwQhi ... See MoreSee Less

It's that time again! Every Friday in October grab some amazing dollar deals from my friends and I! So many resources to choose from including my A to Z Reading Comprehension and my Scrambled Sentences set! See everything here: bit.ly/3ENMjg7 ... See MoreSee Less