Yeah we totally broke with tradition and created non-orange pumpkins.  Because it wouldn’t make sense to make an orange pumpkin seeing as how orange doesn’t start with Pp.   And we are studying the letter Pp this week!    Our pumpkins are technically  jack-o-lanterns I suppose……but jack-o-lanterns start with Jj so obviously we couldn’t say we made those.

They did not use templates or get any help from me whatsoever.  They did however quickly figure out that it was easier to draw shapes on their paper and then cut them out…..rather than trying to cut them out free hand.  Actually it was one little trail blazer in my class who figured this out—-the rest just jumped on board after seeing him work his magic.  It was so neat to see them work together and figure out a better way of doing it.  All I really had to do was sit back and watch them!

I absolutely love doing art projects where there is no template for the kids to follow.  I think it’s so good for them to use their imaginations, think independently, and I LOVE to see the finished results.  It’s pretty neat to see what they can do when they get some construction paper and some scissors.  Just take a look at some of their creations from yesterday!!  (the writing underneath the pumpkins was done together as a class on the board, and then they simply tried to copy it onto their paper) 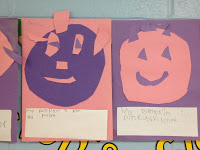 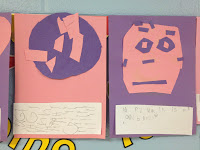 I just love the freckles on this one!!  How cute is that??? 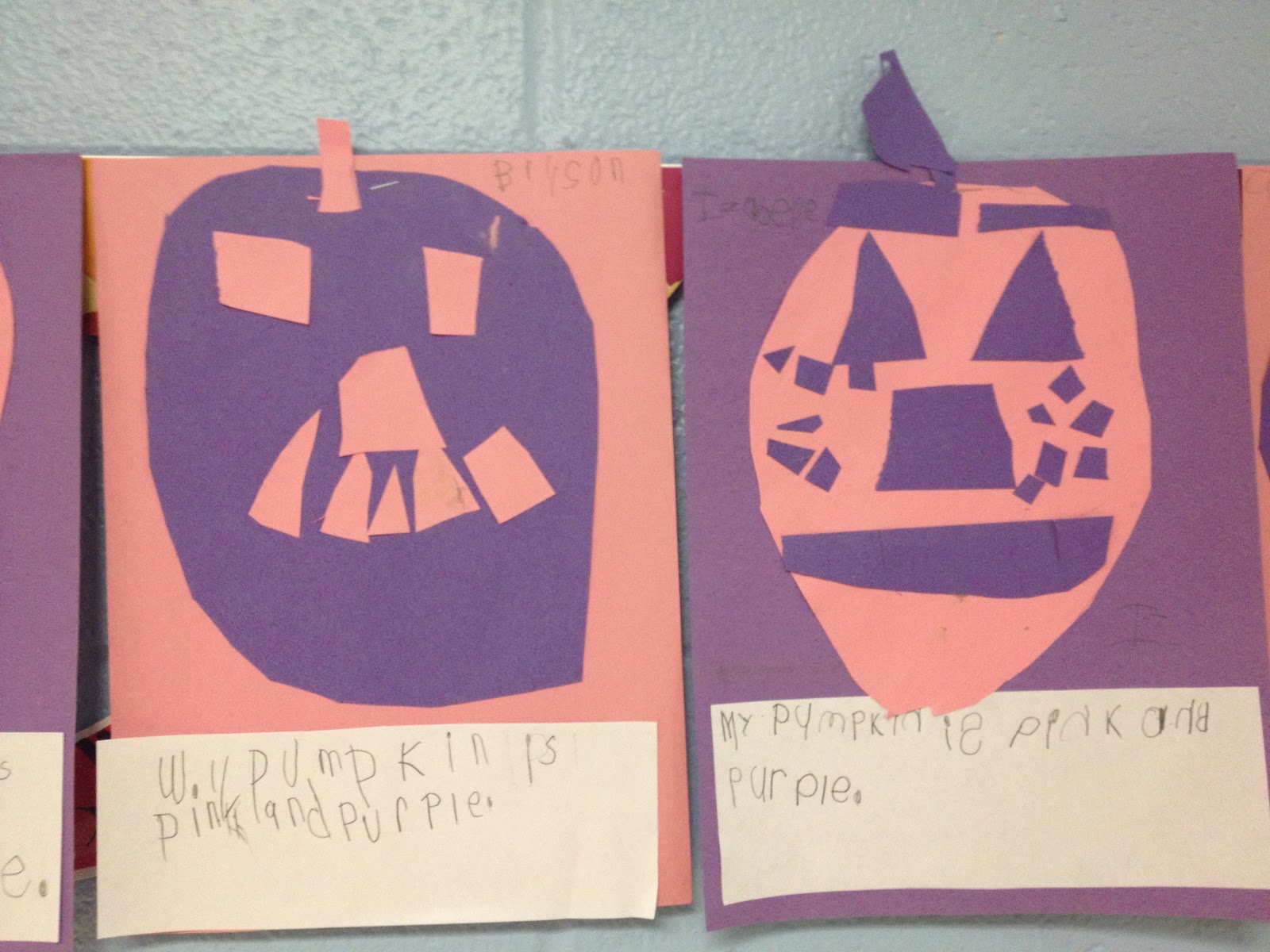 We have also been hard at work sounding out CVC words, so I made a small pumpkin activity to help my kids with this.   All you have to do is cut apart the pumpkins, mix up the letters, and have your students put them back together.  Each time they create a word they will sound it out and then decide if it’s a real word or a silly, nonsense word. 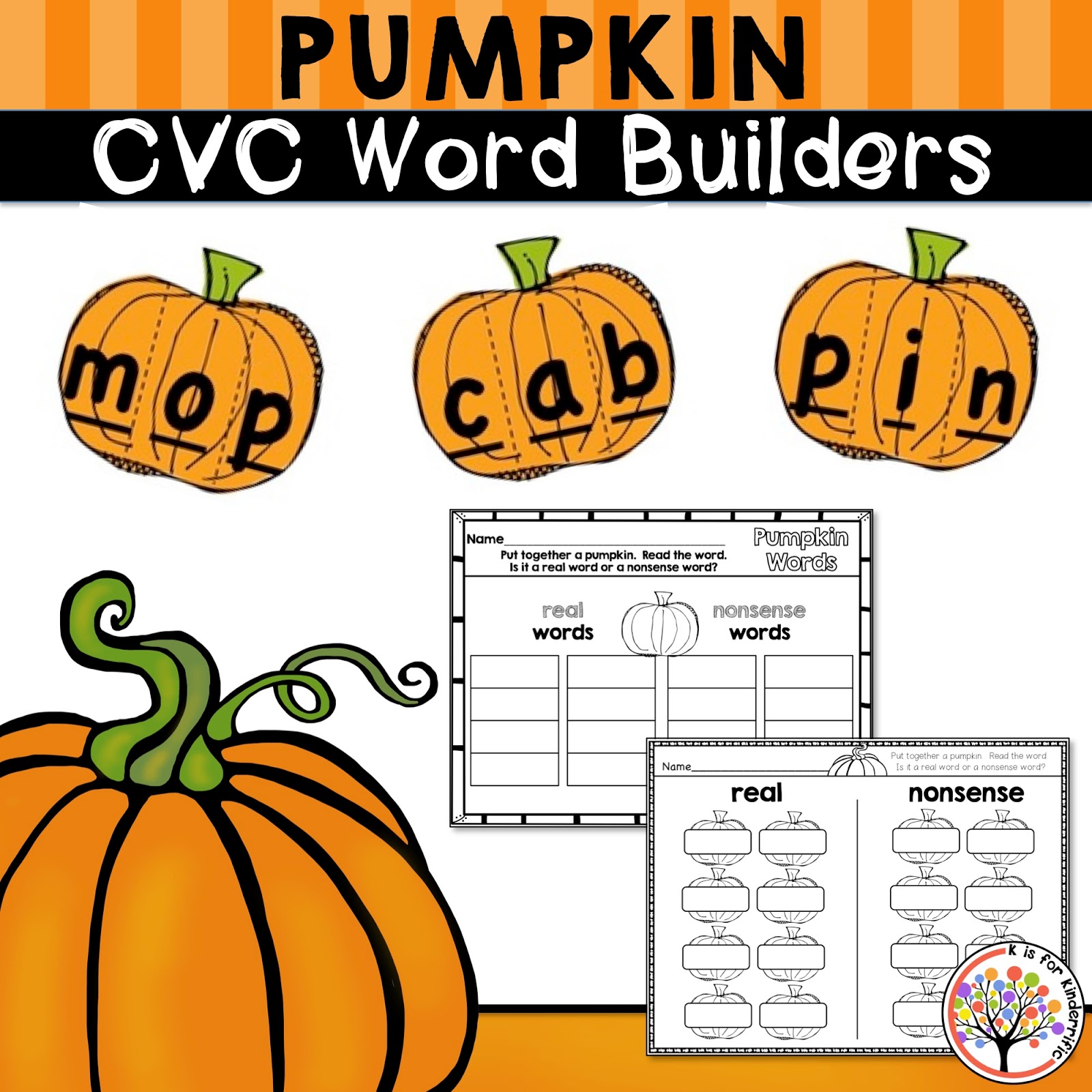 My kids really enjoyed this activity.  I let my kids do a trial run with it yesterday and quickly realized I should have underlined the letters (so the kids knew which way they went).  So in the download, the letters will be underlined.  This way you won’t have kids trying to spell words with an upside down ‘n’ that looks like a ‘u’……like I did! 🙂 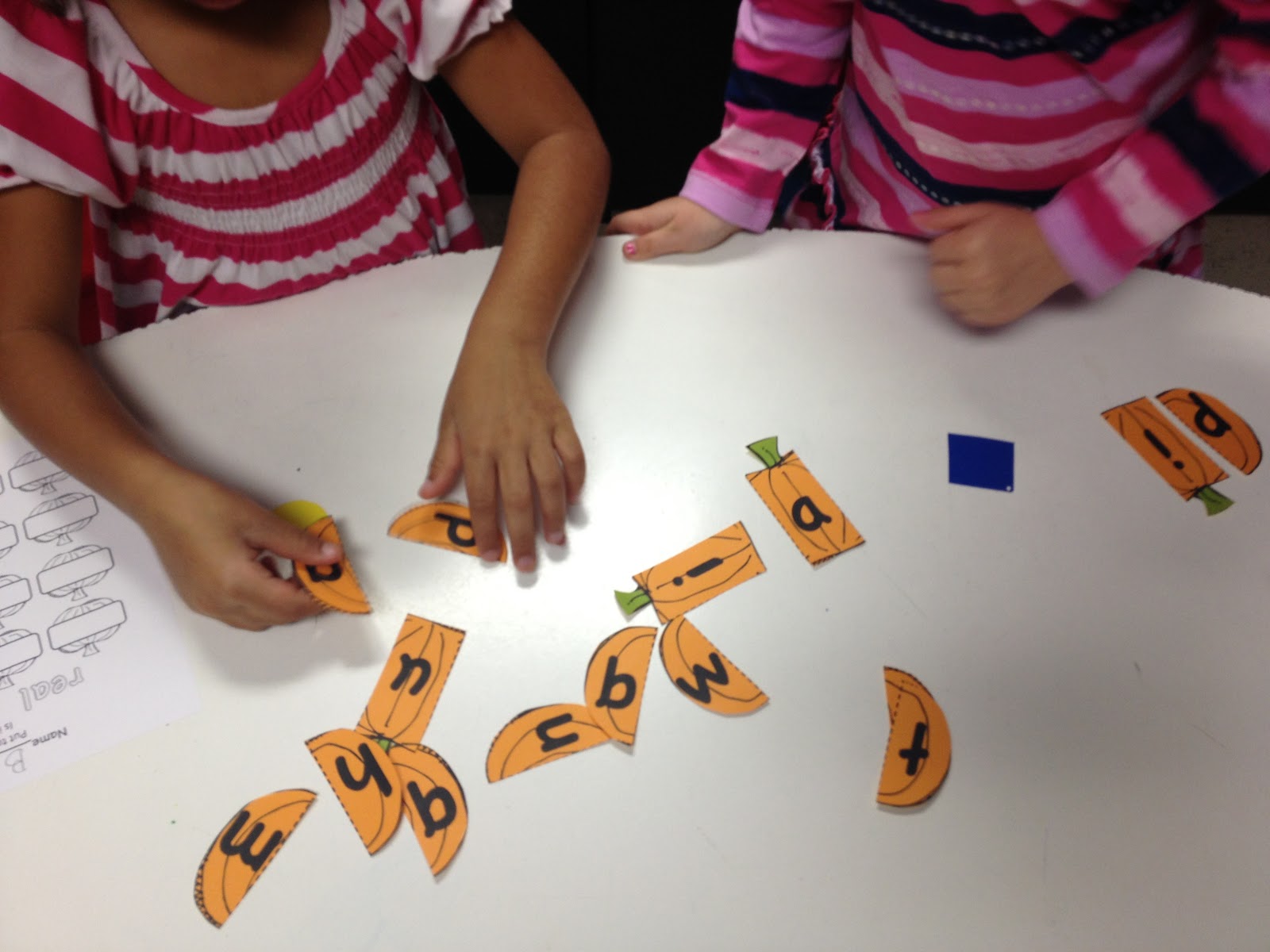 There are only 8 pumpkins to cut out (24 total pieces)….but there are tons of CVC combinations that can be made with those pieces!!  I had to be careful which letters I used….didn’t want any kids sounding out inappropriate words after all! 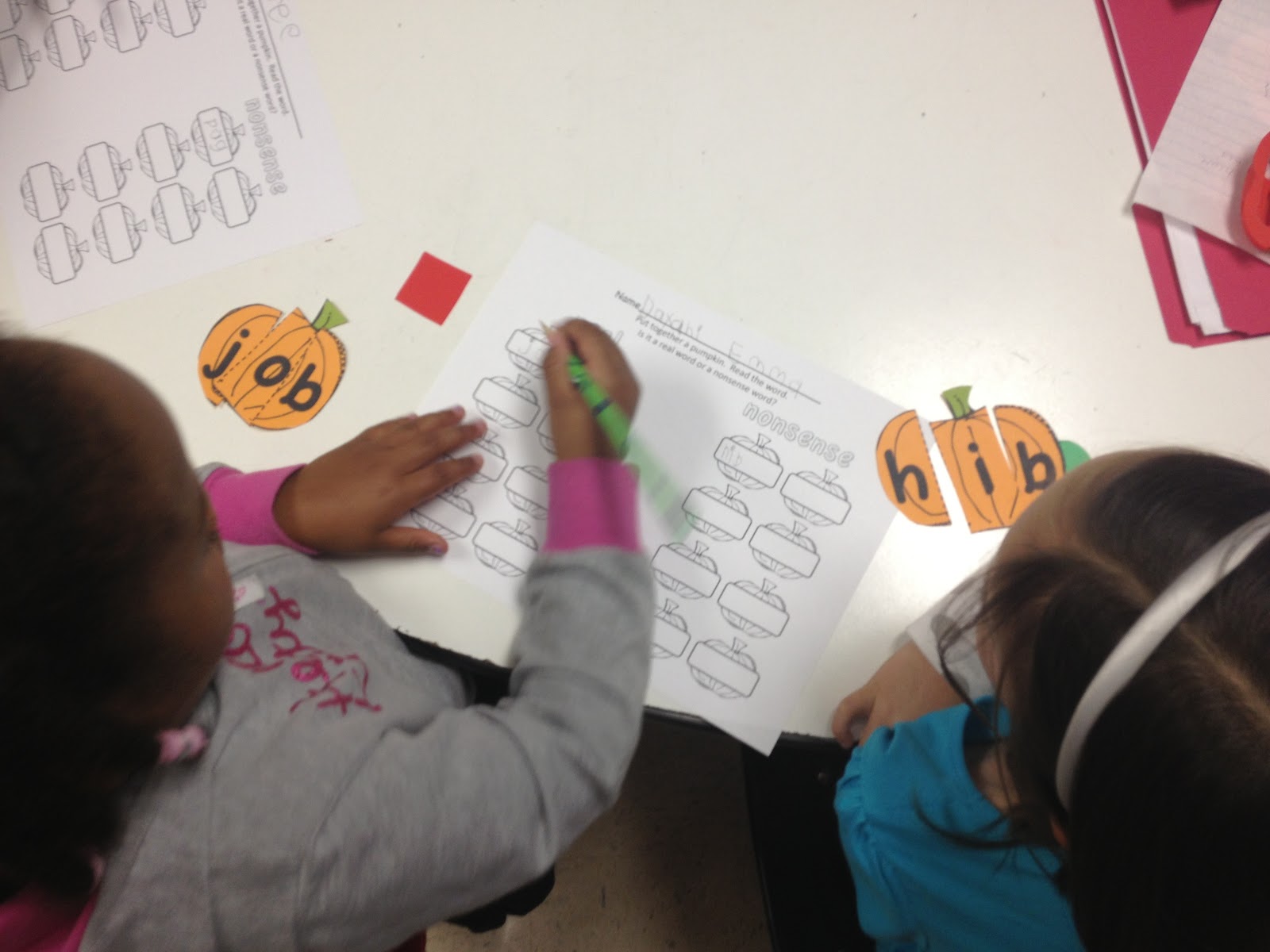 There are also two recording sheets included so students can write down the words they created under the correct heading “real” or “nonsense.” 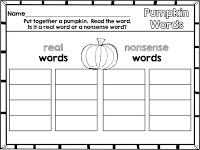 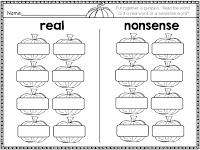 Hope your kids enjoy this activity!  Click here to download it for FREE.
« October Currently!
Does this look familiar to you? »

These craftivities and puzzles are perfect for your upcoming 100th day of school! Grab them here: bit.ly/3XLPnlF ... See MoreSee Less

Looking for simple reading comprehension passages for your emergent readers? These come highly recommended and are a great way to get your students reading and writing! bit.ly/3iz9lkS ... See MoreSee Less

There are tons of great dollar deals today including three from my store! Go see everything here: bit.ly/3egaY4x ... See MoreSee Less